Disabled group: Easier to get aid from Balkis

Sunday April 27, 2008
The Star - News
Disabled group: Easier to get aid from Balkis

PETALING JAYA: A charitable organisation is worried that no more donations will come from Balkis now that its funds have been transferred to the Association of Wives of Ministers and Deputy Ministers (Bakti). 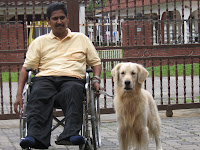 Living and Training Centre for the Disabled (ILTC) has occasionally received financial aid from Balkis in the past, the highest amount being RM15,000 for three threewheeled motorcycles for its members.

“Now that the money has gone to Bakti, it will be more difficult for us to get help.

“We tried to apply for seven such vehicles on behalf of our members four years ago from Bakti but the application was rejected because we were not allowed to make such a request as an organisation.

“The reason given by Bakti was that only individuals were allowed to seek its help,” said ILTC president Francis Siva.

He added that many of its members could not make their own request as they were either illiterate or not well-versed in applying for aid.

Francis said many members were disappointed with the development as it was easier to approach Balkis than Bakti.

“Previously, we submitted our requests through state assemblymen who would later forward our applications to Balkis but now we are left in the lurch as we do not even know how to contact Bakti members,” he said.
Posted by ILTC MALAYSIA at Monday, April 28, 2008