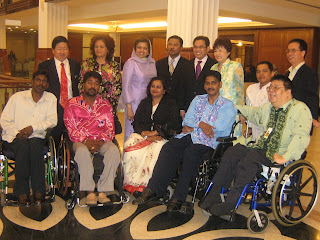 NEW YORK: Malaysia has signed the Convention on the Rights of Persons with Disabilities at the United Nations headquarters here.

The Malaysian Government was represented by Datuk Faizah Mohd Tahir, Secretary General of the Ministry of Women, Family and Community Development, said a statement issued by her entourage.

The Convention entitles the disabled to the full enjoyment of all human rights and ensures full and effective participation as well as inclusion in society, on an equal basis with others.

The eight general principles of the Convention are: