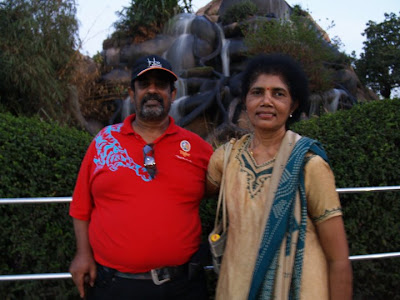 Airport encounters that call for an attitude change.

STANISLAUS Anthony, 60, and his wife Janet, 53, were overjoyed last month when their son surprised them with a trip to India. Joachim, 26, paid for his parents’ 10-day pilgrimage to a healing centre in Kerala in South India. 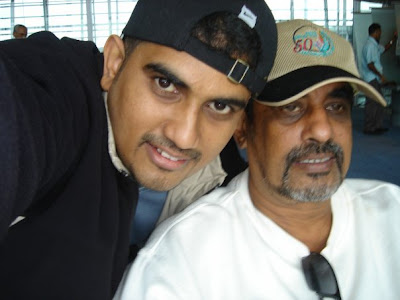 Joachim decided to accompany his parents since they are persons with disabilities.

Stanislaus became disabled 12 years ago after he underwent a hip replacement sur­­gery. Although he is able to walk, he can only do so for very short distances. He tires easily and the pain in his left leg is often excrucia­ting. When this happens, he uses a wheelchair.

Janet, on the other hand, has been diagnosed with muscular dystrophy.

The couple and their son joined a crowd of 5,000 pilgrims at the centre. It was an experience of a lifetime for the trio.

I caught up with Stanislaus and Janet when they returned to Petaling Jaya a couple of weeks ago. Instead of telling me about the difficulties they encountered as disabled persons in a foreign land, they couldn’t stop telling me about the many problems they had to overcome before even leaving Malaysia.

When Joachim booked the flight online, he recalled ticking a box on the form to indicate “Disabled (passenger)”. No further questions were asked about the disability status.

So the eager retirees thought that all their accessibility needs would be looked into when they arrived at the airport.

When Stanislaus reached the Sepang air­­port, he was shocked to find that the only disabled parking spot next to the building entrance was occupied by a car belonging to a non-disabled driver.

He had no choice but to park his specially-adapted car next to the offending vehicle.

Then came the second upset. Despite the numerous stickers on his car clearly indica­ting that he was a disabled driver, he was promptly served with a summons. The real offender, meanwhile, got away scot-free.

However, this was nothing compared to the nightmare that was yet to come. The disabled couple were made to climb up a flight of stairs before they could board the aircraft. The ambulift – a specially designed contraption to lift wheelchairs into the aeroplane – was out of order, they were told.

After the rest of the passengers had boarded the plane, it was their turn. Stanislaus has had frequent hip dislocations over the past year. He was terrified as he took each step up the stairs. Janet was on tenterhooks, too.

Once inside the plane, the couple had to walk almost halfway across the length of the plane to get to their seats. Stanislaus won­­­­­­­der­ed why the airline had not made things easier for them and changed their seats to one of the front rows instead. Only on their return trip were they given front-row seats.

> The staff were ill-advised on how to help disabled travellers. When the couple were struggling up the steps leading to the aircraft, there were only two small-sized women and one man on standby in case of emergency.

> Although there was an express lane for disabled/elderly passengers at the airport in India, none existed in the Sepang airport.

> The ambulift was still under repair when the couple returned from India. The wheelchair provided by the airport in Sepang had wheels that wobbled. Stanislaus was charged RM15 for the use of the wheelchair and no receipt was issued. In India, the wheelchair service was free.

“All this clearly calls for an attitude change from the airline and the airport authorities if they want everyone to fly,” said Stanislaus
Posted by ILTC MALAYSIA at Thursday, March 18, 2010