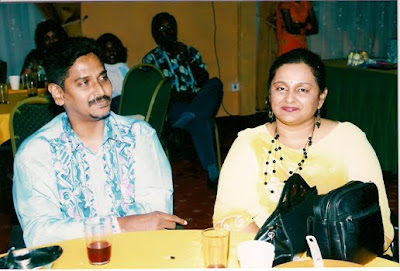 Congratulations, meanwhile, are in order to Independent Living and Training Centre (ILTC) members Francis Siva and Gurdip Kaur for getting themselves into the executive committee of the Malaysian Spinal Injuries Association (MASIA) last Sunday.

Serving as ILTC president and secretary in their own Nongovernmental organisation respectively, both Siva and Gurdip a.k.a Rina were elected as committee members at MASIA's 13th Annual General Meeting in Bandar Baru Sentul in Kuala Lumpur.

More than 50 members gathered at the event with bright hopes of rejuvenating the once-popular disability NGO.

Quite surprisingly, the AGM unearthed reports of mismanagement and misuse of funds by previous two senior executive committee members.

A resolution was passed by the Sunday meeting for an investigation to be carried out on the duo as soon as possible and be followed up by a police report if the allegations are found to be true.

On Tuesday, the ILTC was invited to a top working committee meeting of disabled activists with the Ministry of Transport (MOT).

Speaking to PET+BLOGSPOT recently, Siva commented: "I was thrilled to be invited to this event as it gives us an opportunity to put forward our views in an official way so that action will be taken as swiftly as possible in the area of public transportation for the handicapped in our country."

A follow-up access audit exercise to check out the wheelchair-friendly facilities at the KLIA and LCCT airports in Sepang is expected to be held sometime next week.

Tuesday's meeting with the disabled was held at the headquarters of the MOT in Putrajaya.
Posted by ILTC MALAYSIA at Friday, April 02, 2010