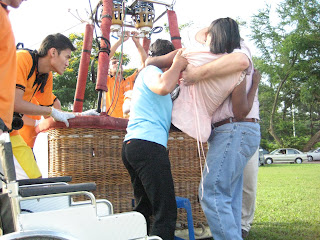 On April 12, 2008: Close to 150 people gathered at Astaka Field in Petaling Jaya for a ride of their lives. 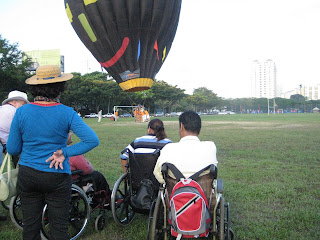 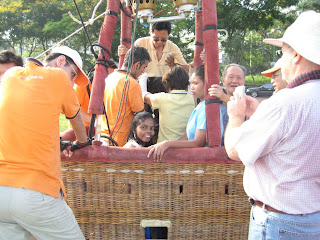 Person's with Parkinson's disease, their caregivers, volunteers and friends attended a half-day morning activity where a hot air balloon ride was the major attraction. 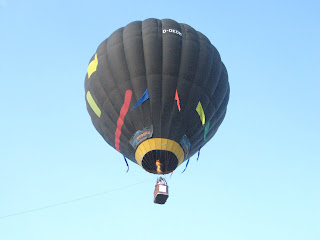 Despite their fears over heights and their "frozen bodies", they got into the balloon which launched them a hundred and twenty feet into the air for about ten minutes each time before returning them safely on the ground again.
The nifty idea came from the Malaysian Parkinson's Disease Association in Kuala Lumpur which also organised the event to coincide with World Parkinson's Day celebration on April 11.
PETPOSITIVE President Anthony Thanasayan was invited ILTC members as guest at the occasion.
Posted by ILTC MALAYSIA at Thursday, April 17, 2008